Our fall series continues this November with a very special performance  by Sexmob featuring tuba virtuoso Marcus Rojas. Taking pop and jazz classics and giving them the raucus and free-wheeling interpretation that only Sexmob can give, this concert is not to be missed! 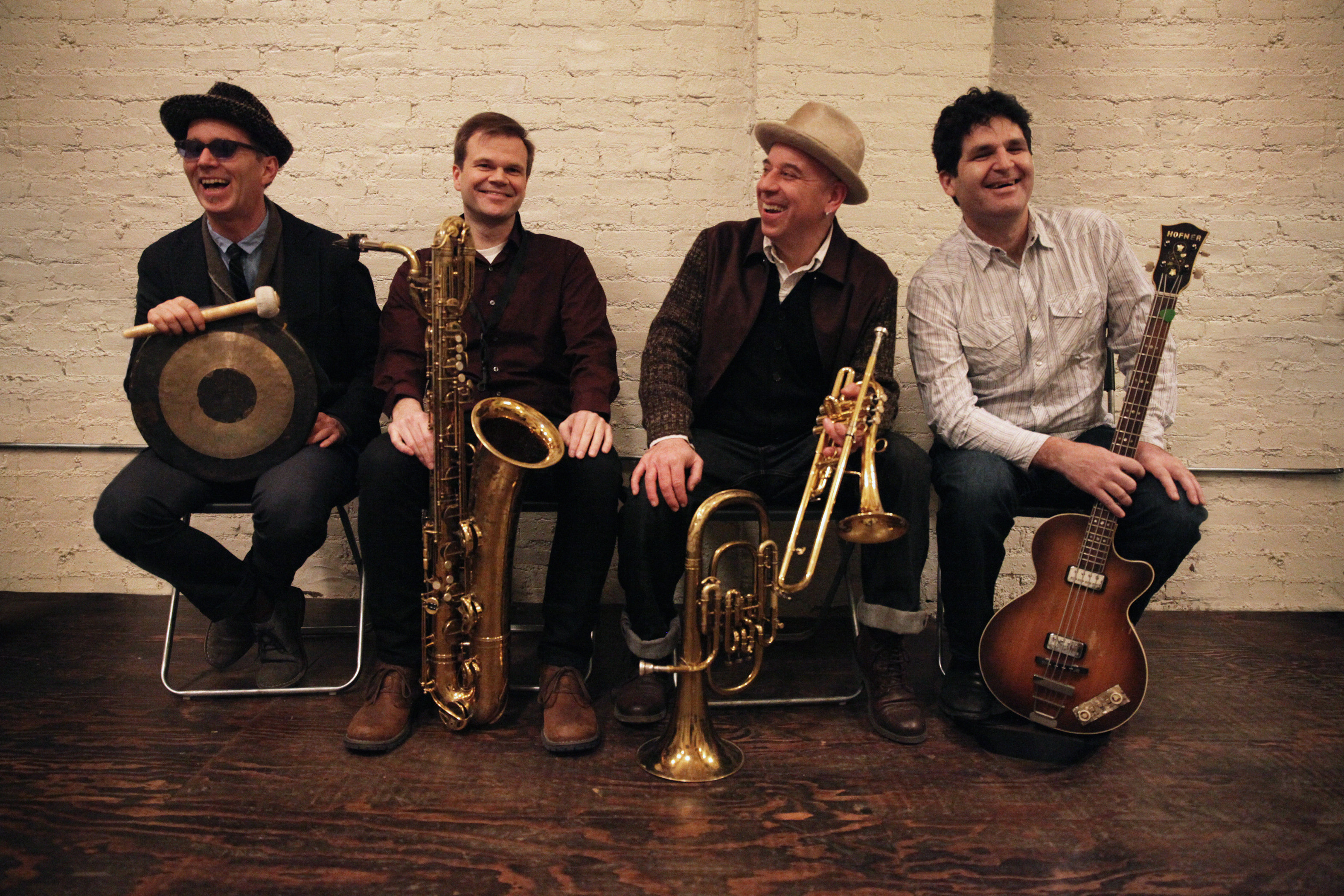 Tuba Mob! Sexmob meets Marcus Rojas… tuba virtuoso and long time friend. Marcus appeared on Sexmob’s 2003 release Dime Grind Palace, and has been a guest of the band in many concerts. Dupuy’s Landing will be a perfect intimate setting for a meeting of the sounds minds and music.

Now celebrating its 20th year, Sexmob continues to deconstruct familiar pop tunes with subversive impunity.  Everything from Prince’s “Sign O’ the Times” to the Grateful Dead’s “Ripple,” Nirvana’s “About a Girl” to ABBA’s “Fernando” is fair game for this band of musical renegades. And fonder Steve Bernstein is explicit about Sexmob not being a cover band. ”Covers to me means you play it exactly like the record,” he explains. “I just take songs that I feel have a great melody and do them in my style. So I’ll pick a tune and tell the guys, ‘Let’s Sexmob this!’ And I realize that’s what jazz musicians have always done. That’s how Lester Young and Charlie Parker and Miles Davis got popular. They played the songs that everyone knew. And because they could recognize the song then that invited them into their style.”

This show is sold out!

AND COMING UP…. Get your indelible pens out and mark your calendar for the following Parlor Series at Dupuy’s Landing, Sunday afternoon concerts from 3:00 – 5:00 PM

December 3rd — To be announced soon…