We are so pleased to welcome Michael Blake back to the Parlor Series! He is bringing a new ensemble with a new record,  featuring lush string arrangements, stylish Brazilian rhythms and Michael’s unique saxophone brilliance! 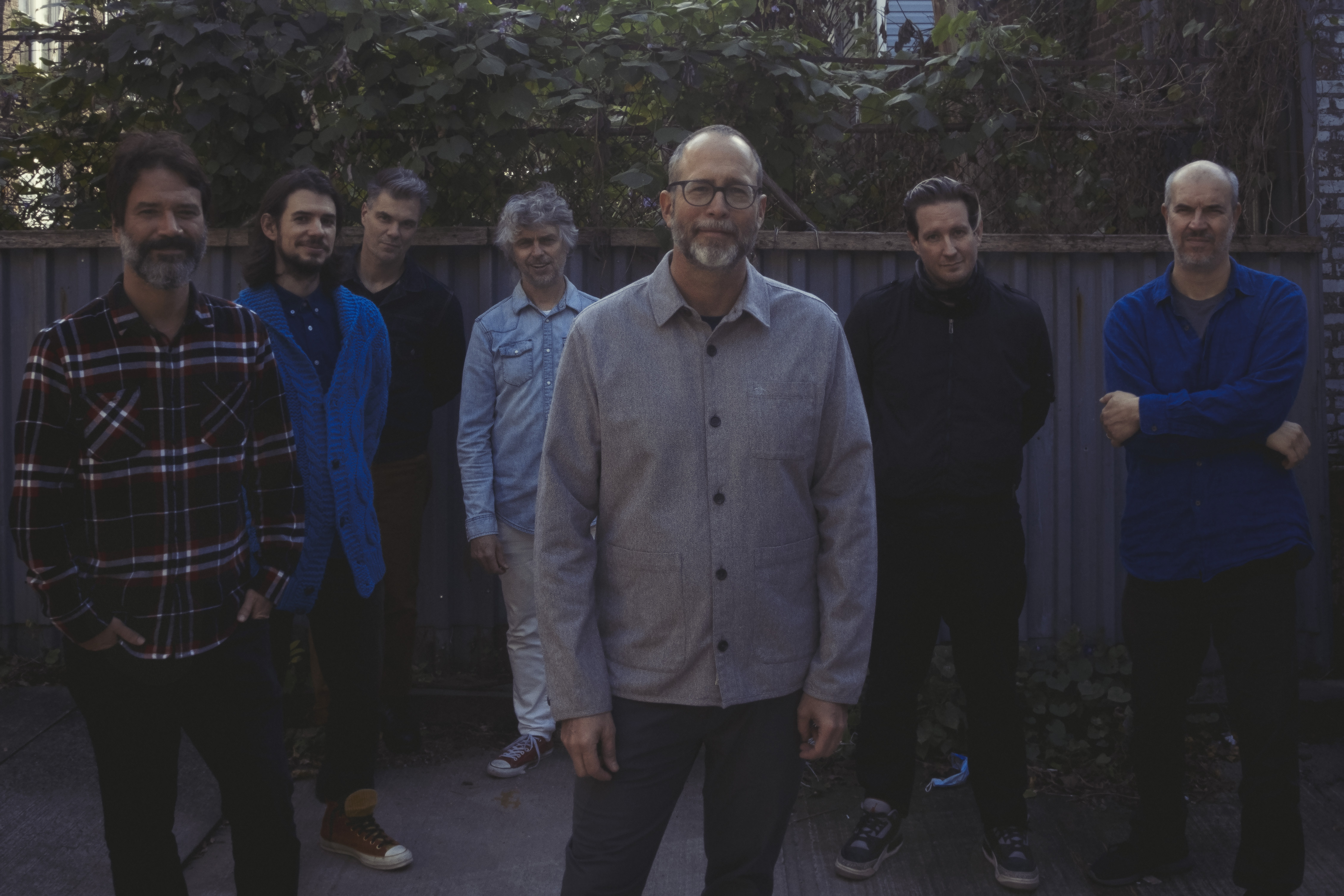 Michael’s group Chroma Nova first debuted at the Parlor Series in 2019.  During the darkest days of Covid the project was funded by The Canada Council of the Arts, resulting in a new album called Dance of the Mystic Bliss. Dedicated to his mother Merle (a professional dancer in her youth) it features Michael’s compositions immersed in a fusion of Brazilian percussion and icy strings. Dance of the Mystic Bliss will be releasedon the artists own label P&M Records in 2023. Most of the music has never been played in public and will be premiered at this concert.

For more information see below

Tickets are only available via Eventbrite. Seating is limited.

END_OF_DOCUMENT_TOKEN_TO_BE_REPLACED

We have a somewhat last minute invite to a supremely lovely afternoon of music from a dear and special talent that is Becca Stevens! She will be joined by the wonderfully musical bassist, Chris Tordini. 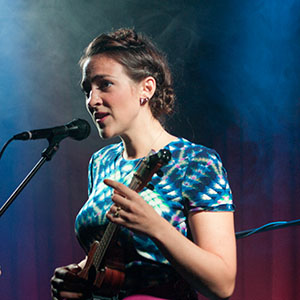 GRAMMY-nominated, Brooklyn-based and North Carolina-bred Becca Stevens has established an outstanding career blending an effortless vocal talent with exquisite compositions that draw inspiration from pop, jazz, indie-rock, and Appalachian folk music. Her most recent album, WONDERBLOOM (GroundUP ’20) which she produced and engineered with Nic Hard, displays Stevens’ skill of layering profound and discerning lyrics with funky and dance-ready beats in a record that Jazz Magazine described as “sophisticated and sensual pop” and The Mail on Sunday said is “Glamorous…semi-electric pop Prince might approve of.” The track “Slow Burn” from WONDERBLOOM was nominated for a GRAMMY for Best Arrangement, Instruments and Vocals in 2020.

Becca continues to stretch the boundaries of convention with songs that weave together her classical and Appalachian folk music upbringing and her love of the rich rhythms and harmonies of jazz and world music, enhanced by her skill on multiple string instruments. Along with her solo output, Becca is a highly respected collaborator who has worked with the likes of David Crosby as an active member of his Lighthouse Band, Jacob Collier, Michael League (Snarky Puppy), Brad Mehldau, Esperanza Spalding, Chris Thile, Laura Mvula, José James, Antonio Sánchez, Cory Wong, Vince Mendoza, Metropole Orkest, Timo Andres, and Attacca Quartet, among many. She defies labeling and continues to challenge the notion of what a singer-songwriter should be. Instead, she dictates to the rest of us what we should (and should not) expect from artistry such as hers.

Christopher Tordini is a much-loved bassist on the New York music scene, where he performs with established jazz icons as well as a diverse range of emerging musicians. He has toured and recorded with Andy Milne’s Dapp Theory and has also played and recorded in bands led by artists such as Greg Osby, Jeremy Pelt, Jean Rohe, Ari Hoening, Steve Lehman, Jim Black, Andrew D’Angelo, and the Becca Stevens Band. Tordini is also a collaborator in projects led by drummer/composer Tyshawn Sorey and trombonist/composer Michael Dessen. “Tordini is comfortable in any possible musical situation, from pop to the avant garde, he seems to be connected to everybody in the New York scene, regardless of style. While he has primarily worked as a sideman, he recently step out as a leader for a couple of sets at The Jazz Gallery.”  He’s also the author of Killer Technique: Upright Bass, a book  “designed to help open up technique, and encourage an approach that will make a bassist think and work hard in the practice room, but relax while performing… [This] technique is a means to an end: creating beautiful music.”

Tickets are only available via Eventbrite. Seating is limited.

We are finally ready to restart the Parlor Series! We are so excited to start our series again with a supremely lovely project from our curator and muse Sam Sadigursky, collaborating with Ljova on a sublime mix of old and new, classical and klezmer– a soul nourishing ensemble of strings and clarinet!

WhEE – The Where Else Ensemble

The Where Else Ensemble (WhEE) seamlessly brings together the musics of Mozart, the Klezmer heritage of Eastern Europe, with the sounds of today’s New York City. Featuring composer/clarinetist Sam Sadigursky, violinists Sabina Torosjan and Alexandrina Boyanova, cellist Valeriya Sholokhova, and composer Ljova, playing the instrument he is known for championing, the fadolín.

Tickets are only available via Eventbrite. Seating is very limited.

END_OF_DOCUMENT_TOKEN_TO_BE_REPLACED

For the month of June, NYCAN (the New York Campaign to Abolish Nuclear Weapons) honors documentary filmmaker Bob Richter as a New York Nuclear Free Hero with a free screening of his historic film In Our Hands.

WHAT: Screening of IN OUR HANDS

HOW: ITS FREE! Please bring masks and proof of vaccination

Bob Richter’s In Our Hands will be on the big screen again, 40 years after that magical day on June 12, 1982, when one million people came to New York to peacefully protest an end to the nuclear arms race. Shot by 43 volunteer film crews, the film features well-known performers and activists along with people from over the world. If you’ve seen the film only on tv or your computer, seeing it on the big screen is a whole new energizing, joyful experience – something we need today more than ever. You’re invited, it’s free. Q&A with Bob Richter to follow the screening.

Vaccinated guests only, indoor masking, a safe, comfortable space for us to watch Bob’s beautiful film, rekindling hope for a world without nuclear weapons.

It has been such a long time away, and we have so missed sharing the parlor with you. Finally we are opening up our doors again, to welcome in the weary traveler on a cold winter’s night, to share some cheer and song, and enrich our spirits with the magic of music.

To restart the Parlor Series we are welcoming back Robinson and Rohe and hoping you will join us in our celebration of the Winter Solstice with 3 nights of “The Longest Winter”.

Robinson & Rohe –
The Longest Winter: A Christmas Concert and Singalong

A crowd of friends and neighbors has gathered on one of the longest nights of the year. All is warm and cozy inside, while the cold winter wind blows just outside the door. The clatter of wine glasses and mugs filled to the brim with hot cider gives way to silence. And from that radiant silence emerges a song…

For the past fifteen years, Robinson & Rohe has been performing The Longest Winter: A Christmas Concert and Singalong. Annually hosted in venues and house concerts throughout the Northeast, this event has become an audience favorite, a staple of the season. For our grand reopening, they bring their midwinter music to the Parlor Series, resplendent with a gorgeous backdrop, a triptych of paper cut light boxes designed by illustrator Andrew Benincasa.

Liam Robinson and Jean Rohe bring their folk-music roots and contemporary sensibilities to songs new and old. Robinson & Rohe go deep into the Christmas repertoire: the mystical, the melancholic, the soulful, the sublime. Expect songs you may not know: haunting melodies of old Europe, joyful singalongs of the Southern US, and modern takes on the strange and ancient Christmas tale. Please join us for one of these special evenings.

Both accomplished songwriters in their own rights, Jean Rohe (guitar, singing) and Liam Robinson (banjo, accordion, singing) let their finely crafted songs shine in detailed arrangements and elegant harmonies. Whether in small clubs or on festival stages, Robinson & Rohe performances are intimate gatherings in which listeners are invited to share in the music-making.

Tickets are only available via Eventbrite. Seating is very limited.

WHAT:  MUSIC and light fare

Please join us on Sunday, October 20th, at 3pm, as we kick off a new season of the Parlor Series with an afternoon of inspired music featuring clarinetist Anat Chohen and her new project Quartetinho. 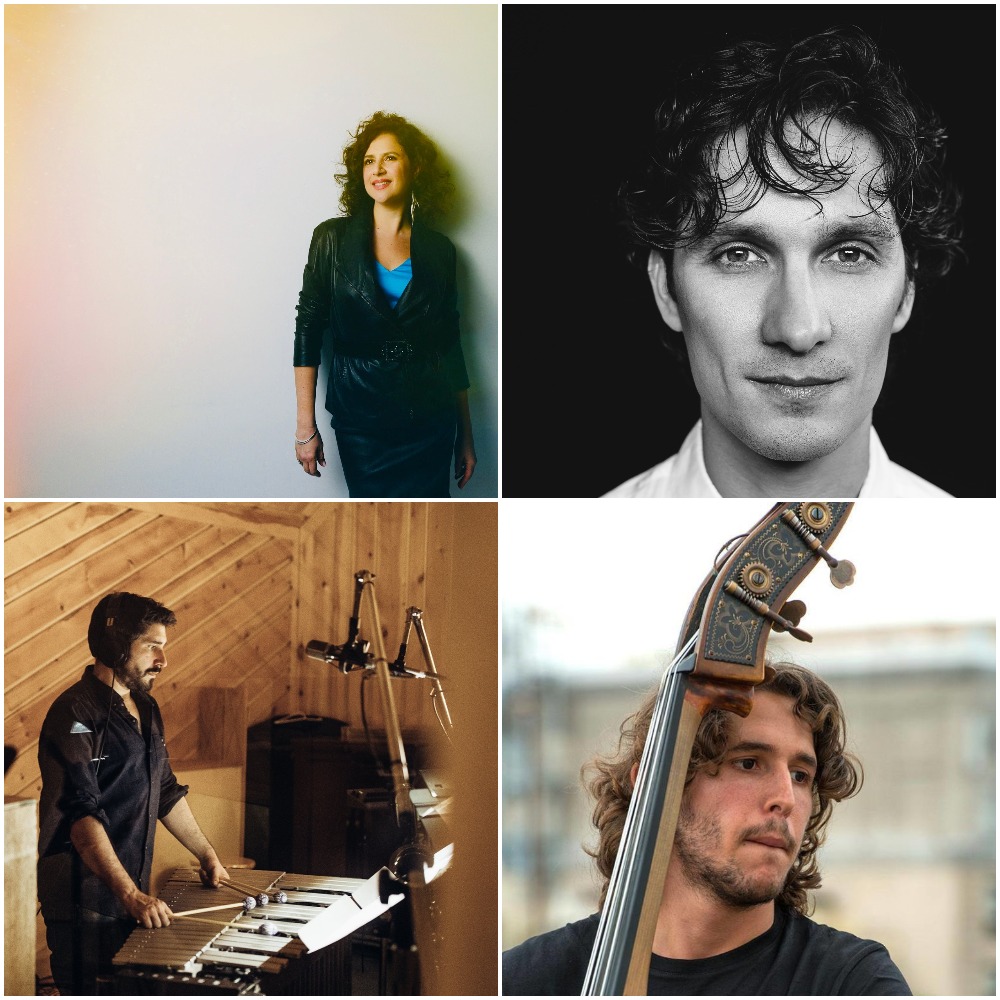 Quartetinho is a new group emerging from within Anat Cohen’s critically acclaimed Tentet.  Its members hail from Israel, the US and Brazil, and they combine their cultural and musical influences to create something larger than the whole of its parts; moving through South American and more eastern grooves, cinematic enmeshments of acoustic and electronic sound, moments of tender sweetness and loosely-organized cacophony.

Please join us at the Landing for Quartetinho!

END_OF_DOCUMENT_TOKEN_TO_BE_REPLACED

We hope you can join us on Sunday, May 19th, at 3pm, for a very special project from Michael Blake – 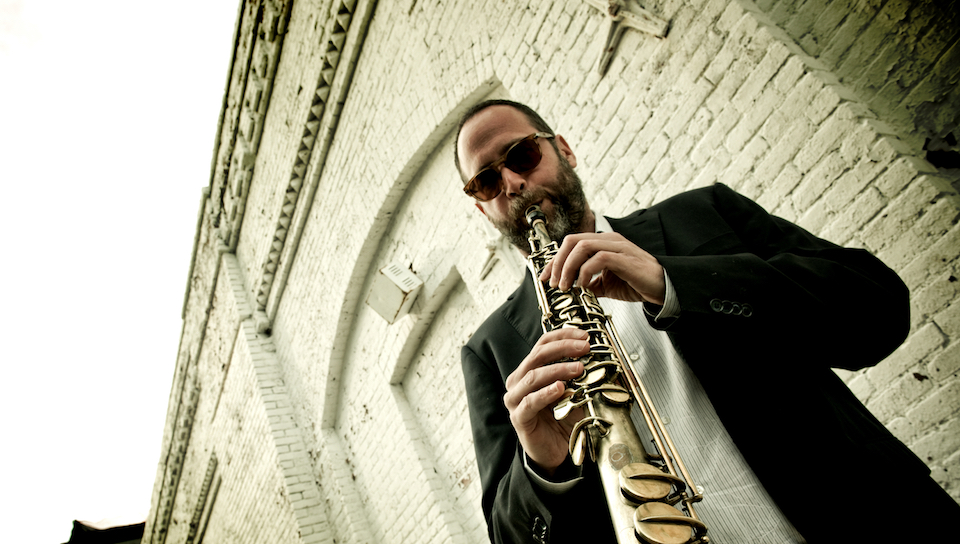 
Michael Blake with Strings features the dynamic saxophonist stretching out his original compositions with some of the cities finest string players. Joining them on this special date is the wonderful Brazilian percussionist Rogerio Boccato. It’s also Michael’s Birthday! In his own words he says, “I’m looking forward to debuting some new music and I plan to bring a lot of horns and play whatever feels right.”
Please join us at the Landing for Michael Blake with Strings!

Sunday 19 May, Michael Blake with Strings

Please let us know if you will be able to attend.  Space is limited.  RSVPs are required. Please join our mailing list to get announcements for upcoming shows.

END_OF_DOCUMENT_TOKEN_TO_BE_REPLACED

We hope you can join us on Sunday, April 7th, at 3pm, for a lovely spring awakening of music and song! 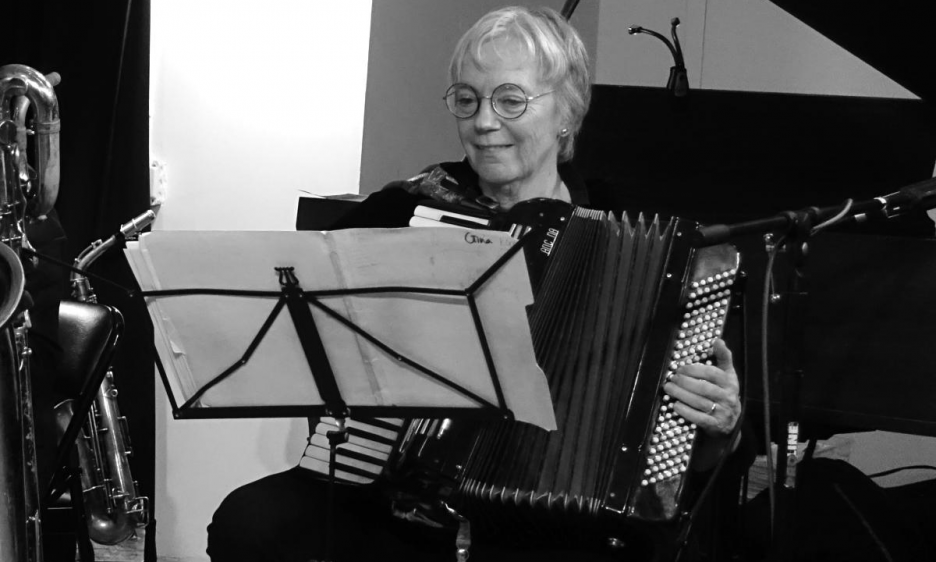 Gina Leishman– Vocal, Bari Ukulele, Mandola
Charlie Burnham– Violin
Matt Munistieri – Guitar
Brad Jones– Bass
We are so pleased to welcome singer, multi-instrumentalist, composer and performer Gina Leishman. With delicate and beautiful melodies interwoven with lyrics of deep emotion, her songs are timeless. She and her all star band will take us on a journey to the heart of the American song.

Please let us know if you will be able to attend.  Space is limited.  RSVPs are required. Please join our mailing list to get announcements for upcoming shows.

END_OF_DOCUMENT_TOKEN_TO_BE_REPLACED

We hope you can join us on Sunday, February 3rd, at 3pm, for a thrilling all-star afternoon of bebop brass! 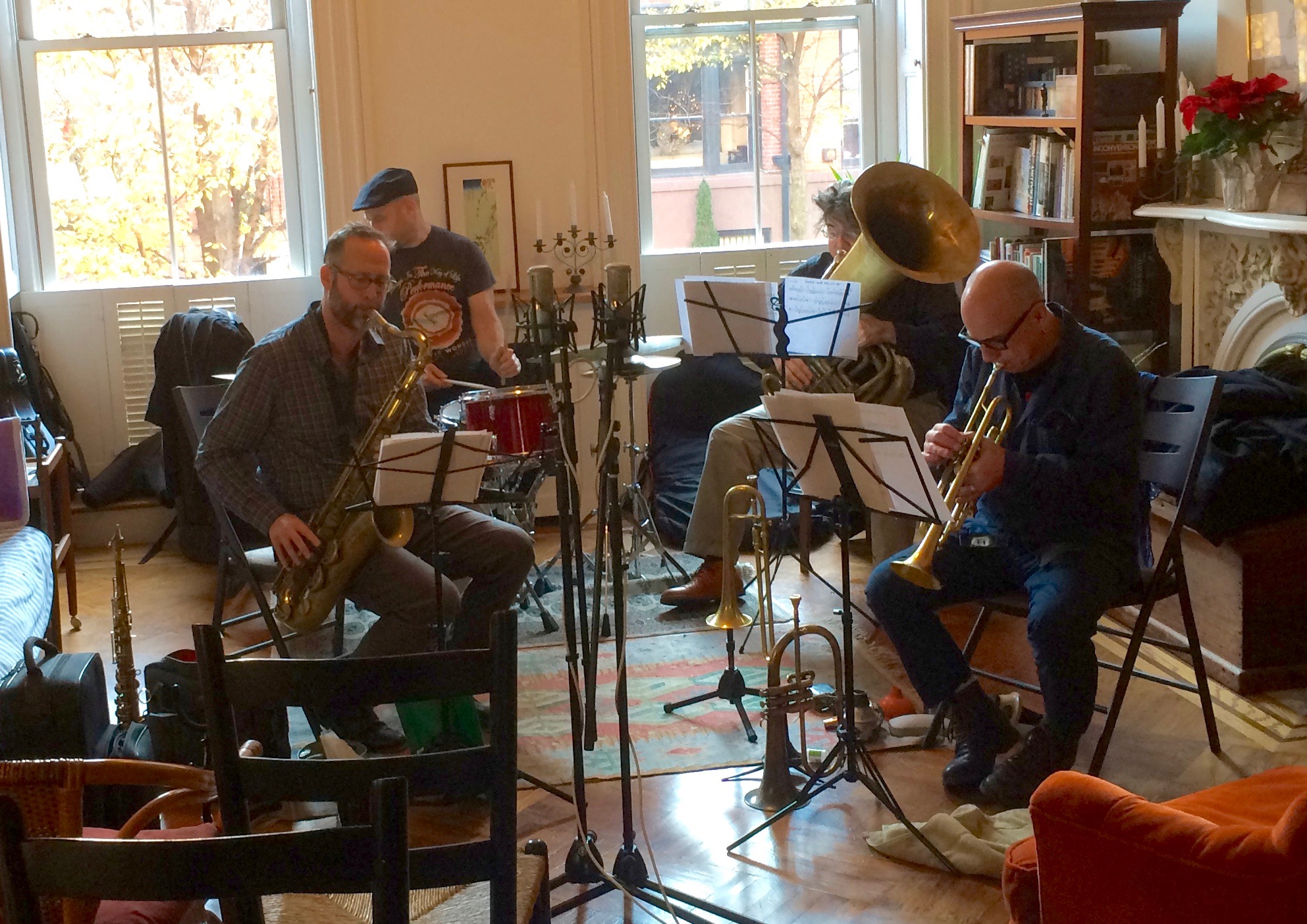 Conjuring music from the curbsides and corners of cultures far and wide, this little brass band reverberates with the spirit of street music from around the world. Michael’s arrangements reveal a restless adventurer and his band mates know how to spur one another on.
Please join us as Blake & Brass brings their musical genius to the Parlor!

END_OF_DOCUMENT_TOKEN_TO_BE_REPLACED

The Parlor Series at Dupuy’s Landing is back, and we are thrilled to return in 2019 with a joyful noise!

First up, please join us on Sunday, January 13th, at 3pm, when we will welcome Hush Point to the Parlor. These awesome jazz explorers will take us on a musical journey of improvised collaboration. 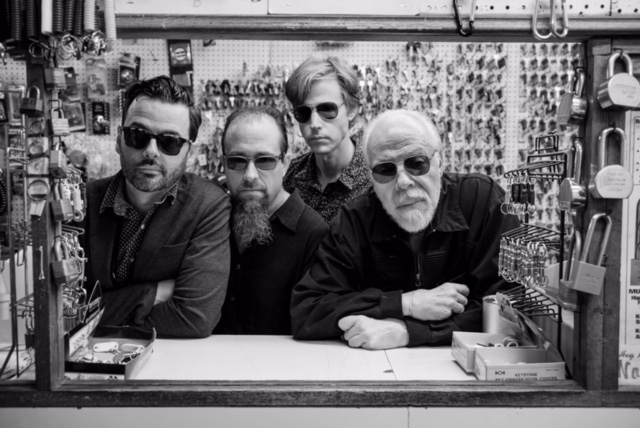 “Setting the new standard for the pianoless jazz quartet.” (JAZZIZ)

A Hush Point performance is at once warm, inviting, challenging, and often humorous as they explore classic and original material that “doesn’t need to shout to be heard.”  (Peter Margasak, CHICAGO READER)
Please join us as Hush Point brings their musical genius to the Parlor. We look forward to welcoming you back!

Stay tuned for more great music in the coming months..