We are back with another lovely Sunday afternoon of music! This month we are featuring a quintet created by the renowned flutist Michel Gentile. 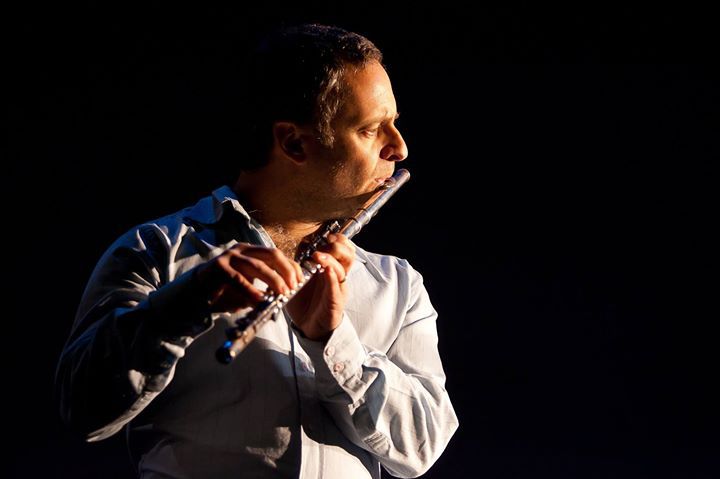 He has been teaching for over 30 years and his teaching portfolio includes Queens College, New England Conservatory, Wellesley College and Brooklyn Conservatory of Music. Michel has taught privately, in the classroom, in workshops, and lead master classes. He takes special pride in his work in the public schools and with preschoolers with special needs at the Helen Keller School for the Visually Impaired.
Michel has studied composition with George Russell, John Heiss, Muhal Richard Abrams and with Donna Doyle.  Michel has composed for everything from solo instruments to a quintet with flute and string quartet and a triple concerto for flute, piano and drums with chamber orchestra. He has composed for radio, television and film media. His compositions have been featured on “Seize the Moment” 1994, “Trapeze Contortionist” 2001 “Red Balloon” 2005, “Flesh and Steel” 2008 and “Rock, Paper, Scissors” 2011 by Gentile-Romano. His 2013 release with the collaborative ensemble WORKS was named among the best CDs of the year by Downbeat Magazine. He was also a Rising Star in the 2015 Downbeat critic’s poll. Michel has worked extensively with dance, theater, and film, most notably with the remarkable ensemble” Strike Anywhere”, and has been featured on national radio and television throughout North America and Europe.